In honor of Caitlyn Jenner being named Woman of the Year by Glamour magazine, I thought I would repost my thoughts upon her unveiling.  And if I may say a few words to the award winner…Caitlyn, you deserve every word of this.  Your continued work in destroying whatever good will transwomen have earned is unparalleled. You inspire future narcissists everywhere with your shallow, sexist ways. In short, you are everything I’d thought you would be, and more.  Now go away.  Leave us all alone.  We’ve had enough. 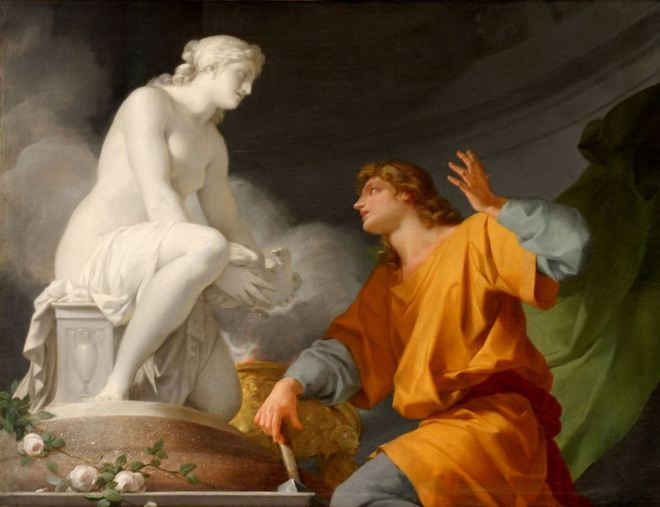 I never wanted to write about Caitlyn (Bruce) Jenner.  I have run from this story for months, trying to stay one step ahead of the monster. Don’t look back.  You can never look back. Through the rumors and tabloid stories, through the interview I stood strong. I persevered as long as I could, but yesterday I broke. I looked back. I can no longer resist. I must write or risk becoming a gibbering fool.  The following is not an analysis of the cover, of Caitlyn herself. It is not an exploration of feminism, class, gender, or celebrity, though all are present. For a better analysis than I could ever conceive, read my friends Aoife , Transy, and Miranda. Brilliant transsexual women, at different stages in their lives, equally affected by Caitlyn’s reveal. This is an exploration of my feelings and the herculean effort to come to terms with the emotional maelstrom within. Wish me luck.

I was sitting outside my therapist’s office when the first tweet appeared. The twitter client had cropped the image so only a crotch appeared; a lumpy silken crotch. It was the perfect introduction to Caitlyn Jenner. The day rolled on. The internet exploded. Friends sent me notes of congratulations as if I’d done something, as if I cared. An aging reality star spent more money than I will see in my lifetime to make himself into a pin-up queen and this is cause for celebration? I didn’t respond to any of them. I watched my progressive male friends police the words of others.  “It’s She not He!” “It’s Caitlyn not Bruce!” I suppose they think they’re helping, but I’ve never asked for it. All of them are more concerned about their progressive bone fides over my actual feelings.

I could barely keep up. The internet was relentless as was television. I watched a movie to distract myself. It didn’t work. All the while, the image of Caitlyn gnawed at the back of my mind. I am Caitlyn’s infinite closet. I am Caitlyn’s heaving bosom. I am Caitlyn’s lumpy crotch.  I couldn’t get away. Every twitter refresh, every website, every television commercial, there she was. I sought refuge with my friends. Their words supported me even as the ground shook beneath me. I felt as if piece of me was torn out, stomped on, and left bleeding on the ground. I could not comprehend why, and then a friend, a friend who has taught me so much about what it means to be a transwoman, wrote this:

I want to be able to have my own story, to be who I am. To be a person, but what becomes more and more clear each day is that I will not have this small, small privilege. I cannot be a bird. I must be the kite on a string, defined by the wind…am I an object? Am I a human? I will forever after today be described to people as “Like Bruce Jenner.” I am no more.

Tears streamed down my face as I read and re-read her words. I couldn’t read any longer.  I turned off the computer, picked up my headphones and crawled into bed.  I lie there for hours, Dark Side of the Moon spinning in my ears.

Everything we are. Everything we were.  Everything we struggled for, fought for, and hurt for is gone. We are eclipsed by our own shadow. Whatever we were, we are no more. We are all reflections of an aged wealthy conservative living out his own personal gender passion play. Like a perfumed Pontius Pilate, he has condemned is all.

Did I misgender Caitlyn? Honestly, I don’t care anymore.  None of it matters. I have spent the last twenty years in transition. Jenner has enough money and fame as to be insulated from everything. Jenner will never experience what it is like to live as a woman in society, or even what it’s like for most to transition. Yet Caitlyn is now our queen; the standard all transwomen will be measured against henceforth. I feel as if my life and struggle has been ripped from beneath me, tarted up, and paraded about for the world to gawk at. It is the Real Housewives version of the transgender experience.

As for the photographs themselves, breast augmentation, facial feminization, professional hair and make-up, photoshop, they are everything a proper woman needs. The whole spread is an exercise in wealth, privilege, styling, and photo shop. This is what every young transwoman now has to strive for. Only after you have visited the facial feminization doctor will you be complete. Assimilation? Who cares! it’s all about the photo shoot.  It is the transformation salon fantasy played out across our media, with a societal stamp of authenticity; Narcissistic indulgence as political act.

And yet there are many who feel the Vanity Fair cover is empowering, that it “increases awareness” of trans people. To that I say, Fuck you. Come to the city and we’ll visit young transwomen, mostly transwomen of color, homeless on the streets because their families cast them out for living their “true authentic selves.”  They did not wait to amass personal and financial security, nor have millions of dollars of plastic surgery. Such a thing is impossible and yet I’m supposed to view Caitlyn’s actions as brave? Here’s bravery for you: For the past fifteen years, Bruce Jenner has been the member of a male only golf club.  So brave. So feminist.

I don’t know where we go from here. Everything has changed. This is the peak, or the valley. A backlash is coming. I hear the whispers. I read the writing of transwomen dissatisfied at their leadership. Angry at the failings of their so called political representatives like HRC or GLAAD. I witness more and more women recognizing liberal feminism for what it is. The emperor has no clothes, and people are starting to realize it. I’m not depressed anymore.  I am not hurt.  I am angry. I am tired of sitting back and watching while non-dysphoric males usurp my life, my struggle, and my pain. I will be silent no longer. Caitlyn Jenner may be your queen.  She will never be mine.

4 Comments on “You Can Keep Your Queen”