It is important you know who are Gender Apostates; we are real people living real lives, some of us trans some of us not, and this and our experience give our voices authority.

Jaqueline Andrews formerly contributed to Gender Apostates and wrote from the perspective of being a transwoman of colour. Jaqueline died suddenly on 25 April 2016. You can read all of Jacqueline’s work here.

Sass is a 40 year old female human. She is a librarian with no public Twitter because Twitter is a cesspool. Sass is formally educated about anthropology, feminism, and information science, and blogs at thenewbacklash.blogspot.com and secretlyradical.blogspot.com. Outside of libraries and feminism Sass also enjoys Buffy the Vampire Slayer references and cute mammals of all varieties.

Diana is a forty year old transwoman screenwriter living in New York City. When not pondering the cruelties of gender, she enjoys watching, discussing, and writing about film. One time a little film she made won a little award at a little film festival. It was all very exciting. You can read her babble about gender, cinema, and occasionally britpop at neopythia.com or follow her on titter @neopythia.

Miranda Yardley is the transsexual equivalent of 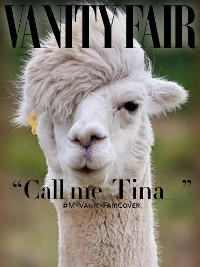 Marmite, a transgender non-conforming transsexual and magazine publisher who blogs at MirandaYardley.com and Ommadusk.Tumblr.com and has been published in the Morning Star and New Statesman. You can find Miranda on Twitter @TerrorizerMir.

36 Comments on “About Us; Who Are Gender Apostates?”