This was authored by ‘Helen Highwater’, originally posted on ‘Transavant‘ and is reproduced with permission.

When I grew up in the seventies and eighties in the north of England, transgender wasn’t a thing. Men were men, and women were women. Heteronormativity was king. In fact it wasn’t just king, it was everything. It didn’t even need a name back then.

Where I grew up, nobody was gay. Faggots, puffters, bum-boys, up-hill gardeners, queers, trannies, gender-benders, dykes, lesbos and their ilk would not have been welcome or tolerated.

I’d seen cross dressing on the TV. I’d seen “that perverted faggot” Danny La Rue. I’d seen Kenny Everett’s ‘hilarious’ bearded lady ‘Cupid Stunt’. Being a ‘tranny’ was not a good thing. It was not something I wanted to be. It was something to hide and deny. I lived in fear. I was afraid. I was scared to be a tranny. Society had instilled in me a deep-rooted, intense internalised transphobia.

I lived with this for many years. I lived with opposing forces that tried to tear me apart. On one hand I needed to feel accepted by society. I had to be a ‘man’. I had to appear to meet society’s strict rules of what it is to be a man. On the other hand, I despised male company and pretty much everything it meant to be a man. Why did men have to be strong, authoritative, have ‘presence’ and treat women as sex objects and domestic servants? Why was I told these things? Why did my managers coach me to be ‘more manly’? Because this was what was required to be successful as a man in society.

When I asked questions about the impacts of commercial decisions on the lives of real people I was quickly cut down as being either a “lefty” or for being “such a girl”. So my need to fit in and be accepted, and more importantly, to pay the bills, became the dominant force.

I complied. I adopted a persona. I learnt from my mentors. But I still despised it. I was terrified of exposing my real personality so to protect myself I put up invisible walls. I censored my interactions with others. I found myself unable to interact in a personal or intimate way.

People say life begins at forty. It seems like this is a time when many of us find ourselves able to rediscover ourselves. To become more self-aware. To see the distinction between what society has made us and who we really are. I was about 38 when I started to do this.

The world had changed a lot in those 25 years. Cupid Stunt and La Rue were figures from a bygone age. Gay pride was so big it had become a commercial venture. My god, we even have Internet! People who were formerly isolated could find each other and share experiences.

Guilt and shame were being replaced with compassion and support.

I found online forums where I learnt that “trans women are women”. That we have always been women. We have women’s brains in men’s bodies. Of course! This was it! It made perfect sense. In fact my whole life suddenly started to make sense. It explained why I could never fit in with men. Why I always felt more comfortable in the presence of women. Why I’d always been acutely aware of the misogyny of so many men. Why I preferred women’s clothes. It made complete sense that for some unchosen, unavoidable reason my brain was more female than male.

This would mean it wasn’t my fault. I didn’t need to be ashamed!

I became aware of the concept of transition. Of the things I could do to attempt to eliminate the masculinity I had grown to despise. Hair removal. Hormones. Surgery. These thoughts totally overwhelmed me. They consumed me and debilitated me. I was suffering from the sex dysphoria I had read about.

But I had responsibilities and I desperately needed not to be this. I fought it, and fought it, and wanted it to go away. I NEEDED it to go away. But it doesn’t go away. It never does. It has always been part of me. After a couple of years I became deeply depressed and couldn’t fight any more. I needed professional help.

This was when I encountered the medical profession. I saw an NHS psychosexual counsellor. I was told that the person she saw in front of her (and I presented in male attire) did not seem like a man. She saw a woman. I felt so validated. This was a healthcare professional who sees people with gender issues all the time. She confirmed that I’m a woman. I was so relieved.

I had lots of counselling and this was aimed at repairing my self-loathing that I had developed. It was to keep me safe. I learnt that there was nothing wrong with me. I did not need to feel shame. I should be proud of who I am. That if anyone had a problem with that, it was their problem not mine. This probably saved my life.

And so I began the process of transition. A difficult decision which I still believe was the least bad option for everyone involved.

So I was set up to face the world. I’m a woman born in the wrong body if anybody doesn’t like that it’s because of their own issues. I started to meet other transsexuals through support groups. It seemed the world was a tough place, full of bigots and transphobes. Full of people who thought that those of us who looked, sounded and acted like males were not proper women. It became so important to pass. The more we looked, sounded and acted like woman the less likely we were to get “violently misgendered” by the public. I heard tales of transwomen being called “guys” and the transwomen involved being deeply hurt by this. My friends were being hurt all of the time and this took an enormous toll on their validity and their ability to see themselves as worthy members of society. It seemed that those people closest, wives, partners and parents found it the hardest to accept that the person they knew is actually a woman. Being told you’re a man by the people you love hurts the most.

Some people, who were known as “TERFs” thought it didn’t matter how much we pass or integrate, it doesn’t make us women. Despite what we’d been told by medical professionals. Despite what it said in official NHS literature. Despite what is said by every trans support group out there. It’s so easy to see why the words “transwomen are not women” are so hurtful and triggering. They cut at the very foundations of everything that has helped to build a level of self-worth and to finally deal with the shame.

I couldn’t understand it. Why would these so called TERFs do this? Why would they think it’s OK to be so hurtful? So, I engaged with these women who think that transwomen aren’t women. I was ready to expect the worst.

I was shocked by what I found. I found some people who would instantly shut me down, call me a man and part of the oppressor class and block me.

But I was also shocked by the number of intelligent and compassionate women who were being labelled TERFs and receiving abuse after abuse from people claiming the protection of the transgender umbrella. What on earth was happening here?

And so I engaged, and challenged others, and challenged my own beliefs. I listened to the women who were being abused. I listened with open ears and an open heart. And, slowly, I started to understand, what gender is. We live in a society where we are all constrained by gender. 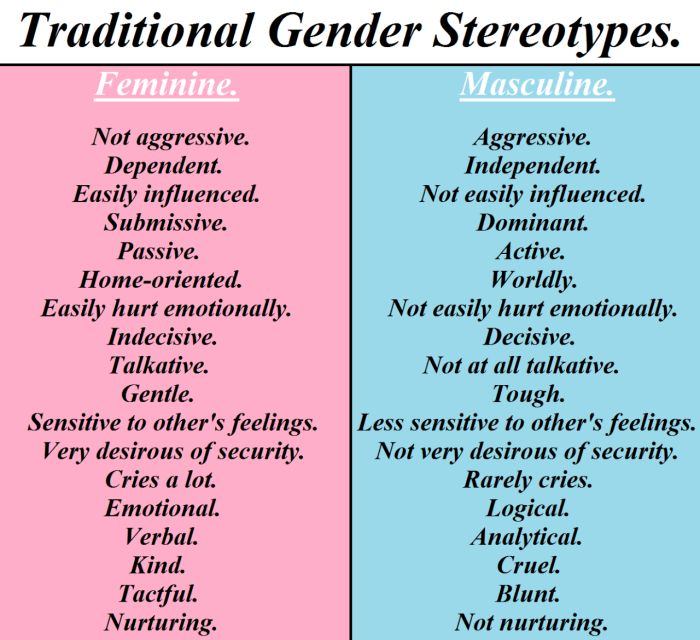 These behaviours are rewarded from an early age at home, in school, in what we see all around us on TV, in the shops and so on. Behaviours from the wrong side of this are punished.

To many this is silent, unseen, occult even. Many are not even aware that this is exacerbated by socialisation and truly believe that this is the true natural order of things. I don’t know, but I suspect that even without socialisation there would be innate differences between the distribution curves of some of these traits in the male and female populations. But our socialisation restricts those of us whose traits deviate from the norm for our sex.

So, what does it mean to identify as a woman? I think for many of us it is that the personality traits that we identify with are on the wrong side of the line. They are the ones that we associate with being female. So this further supports our belief that we are actually female.

But this is a lie, it’s a vicious lie that is as dangerous for transwomen as it is for women. It’s a lie that sets us up to be triggered every time we are called he, or “guys” or somebody dares to suggest that we have male biology. Even a cursory glance from a stranger can cut to our very core. The very foundations of our self-worth are fragile.

You see, males don’t naturally all fit on the right hand side of the line, and females don’t naturally fit on the left hand side of the line. We are all unique valuable human beings. We aren’t valid because we are women so that makes it OK to be who we are. We are valid and worthy and perfect however we are. Our personality, our choices, our empathies and our identities are worthy even if they are on the wrong side of the line. The line is made up. It’s not the natural order. Men can be anything. Women can be anything.

I’ve come to regard myself as a gender non-conforming male. My foundations are solid. I’m able to have honest, open respectful conversation and debate about things that are important without taking things as a personal assault on my validity.

I don’t claim to be right. I see things through the filter of my experience. But I desperately want the world to be a better place. I want transwomen, or gender non-conforming males to be happy. To have solid self-worth and self-love. I want women to be respected and listened to. I want women, and men to be free to be whoever they want. There is no need to think transwomen are women for this to be true.

I have found peace and I wish that on others.